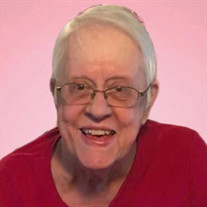 GREENSBORO- Patricia Ray McNeil, 78, of Greensboro, NC, passed away at home on November 9, 2021, surrounded by loved ones as she left her body behind and returned to universal energy. Pat was born on August 1, 1943 in High Point, NC to Marjorie Pegram Beck and Rayvon Beck. She lived her early childhood in Kansas, Louisiana and Ohio where her father was posted with the U.S. Air Force. After moving to Orlando, FL, at the start of middle-school, Pat graduated from Winter Park High School in 1961. Excited about the changing opportunities for women in the 1960’s, Pat became a leader at Florida Southern University, where she was president of the Women’s Student Government Association and her sorority, Alpha Gamma Delta, graduating in 1965. Following college, Pat married and moved to Boston where she earned a Masters in Christian Education from Boston University School of Theology. Although she was interested in the ministry, women were unable to be ordained in the United Methodist Church at the time. She worked with the YWCA in metropolitan Boston before moving to Hartford, Connecticut, where she mothered two daughters and deepened her interest in Quakerism. In 1973, Pat moved to Winston-Salem, NC and married Bill McNeil, expanding a relationship that started as a friendship in Hartford and grew into a 48-year love affair. Pat had a long career in executive leadership and development work. In Winston-Salem Pat served as the first director of the Forsyth County Council on the Status of Women. As Executive Director of the Winston-Salem YWCA in the 1970’s, she oversaw a merger of racially-separate YW’s into a unified organization and guided the YWCA through a building campaign, allowing the YWCA to continue its independence and focus on women, and cultivating administrative and fund-raising skills that she carried with her through the next stages of her career. She served in the development office of Guilford College, guiding campaigns that led to the construction of the Frank Family Science Center, the Hege Library and Weller Gallery. Pat continued her fund-raising career at the NC School of the Arts, the Childrens' Museum in Raleigh, which later became the Marbles Kids Museum, and the Environmental Defense Fund. Following retirement, Pat and Bill settled in Greensboro, where they renewed friendships and membership in New Garden Friends Meeting. Pat had a deep spiritual, intellectual and loving partnership with her devoted husband Bill. She loved her daily phone calls with her sister, found joy in her two daughters and grandchildren, and loved holiday celebrations with family. She was an avid reader, and loved engaging conversations from the state of the world, to politics, to spirituality, to art. Pat leaves behind her husband of 48 years, Bill McNeil; her sister Peggy Kinder of Gold Canyon, AZ; her daughters Kristie Bailey of Pretoria, South Africa, and Angie Bailey of Raleigh, NC; three grandchildren, Annah Bruno Bailey of Wilmington, NC, Leah Kaifan Bailey of Greensboro, NC, and Jacob Renk of Raleigh, NC; as well Jacob’s father Scott Renk; and her first husband, Raleigh Bailey of Greensboro, NC. With the commitment of her husband, Pat was able to remain at home during her last year in declining health. Our family expresses deep gratitude to Hospice AuthoraCare of Greensboro, especially to Maura and Shirley Ann for their care during this time. A memorial service will be held at 3:00 pm, November 20, at New Garden Friends Meeting, to remember Pat’s presence in our lives and to share the Light that was within her and within all of us, surrounding us with a loving energy that flows from generation to generation. Instead of flowers, people may make memorial gifts by contributing to the Guilford College Forward Fund (5800 West Friendly Avenue, Greensboro, NC 27410) or the Piedmont Land Conservancy (1515 W. Cornwallis Drive, #205, Greensboro, NC 27408).

GREENSBORO- Patricia Ray McNeil, 78, of Greensboro, NC, passed away at home on November 9, 2021, surrounded by loved ones as she left her body behind and returned to universal energy. Pat was born on August 1, 1943 in High Point, NC to Marjorie... View Obituary & Service Information

The family of Patricia Ray McNeil created this Life Tributes page to make it easy to share your memories.

A comforting word from you means a lot.

Send flowers to the McNeil family.